Stakeholders for Justice in Times of Disaster

Before, during and after disaster strikes, the needs and consequences of action are core for every organization and individual involved. As is to be expected in such complicated situations, action as well as non-action may have consequences that lead to discussions of what was done right or wrong. While this is a typical management path of anticipation, preparation, execution, and critical follow-up/revision, stakeholder criticism can become vocal in ways that lead to clarifications through recourse to courts of various types and levels.

One important role of stakeholders that is not mentioned too much but nevertheless is very essential, is the role of the accuser in both the criminal and civil proceedings that arise when juridical clarification is needed about disputed or false (administrative) action (or undue non-action).

In the case of the 2021 flood in Germany, the Rhineland-Palatinate Chief Public Prosecutor Krause is quoted by Süddeutsche Zeitung: the “impression of a late, too late or even omitted or insufficient warning of the population had then solidified”  (1) (DEEPL translated). Details and documents on investigations of a parliamentary investigation committee and of the Office of the Chief Prosecutor are compiled in a Wiki (2).

In the Bondo (Switzerland) 2017 rockfall disaster, three million cubic meters of rock plunged into the valley killing several and causing tremendous damage. Lawsuits and proceedings in various instances are keeping courts busy since years. Here, too, the central issue on the basis of the charges brought by the relatives of those killed, is the clarification of the state liability of the public authorities for damage unlawfully caused to third parties by their organs and persons in their service during the performance of official activities (3).

In my opinion, the worldwide tremendous losses of lives and properties deserve higher attention to the legal and juridical conditions claimed by victims or their representatives. The negotiations for the post-2030 succession of the Sendai Framework might consider the choice of adequate wording.

References: use Google Translate, DEEPL or the like to read in your home language

This post “Stakeholders for Justice in Times of Disaster” is also mentioned in the December 2022 Newsletter of the UNDRR Stakeholder Engagement Mechanism SEM : 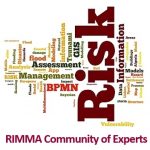